Beach Botherer Is BACK!

I broke my arm - on the beach of course - at the end of June and have been traumatised since then.
The ambulance crew came out to rescue me, as did the Coastguard.  I was at the furthest end of the beach from the car park and that wait for the ambulance was one of the longest of my life.  I didn't know until that day how painful a broken arm is.  It hurts so much.
The ambulance men had gas and a great sense of humour.  They cut my jacket off me and pulled off my watch and ring and then the Coastguard drove me along the beach to the ambulance.  The local doctor was there too with morphine for the journey to the hospital in Waterford City.
I broke both bones in my lower right arm and had them pinned the next day.
I couldn't drive to the beach for weeks but got lifts there whenever I could.
I watch out for slippery rocks now but still get to the beach as often as I did so I have 5 months of photos and tales to put up here.
The photos below are what I saw on the day I broke my arm. 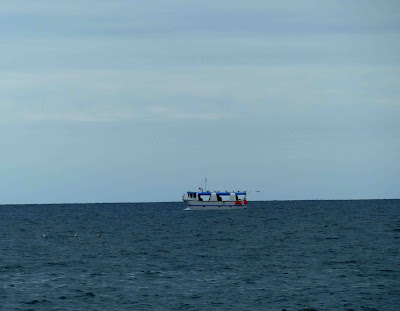 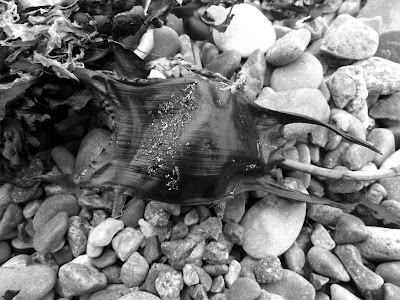 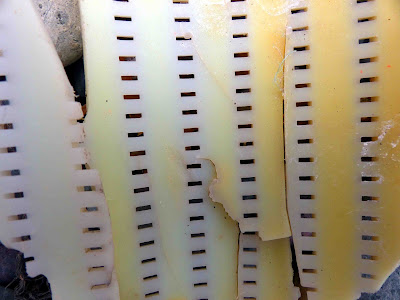 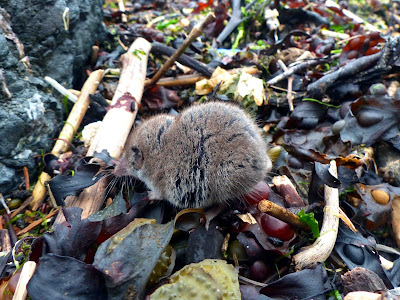